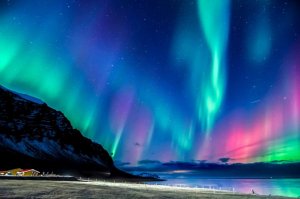 What are the Northern Lights?

The Northern Lights are the visual result of solar particles entering the earth’s magnetic field at high atmosphere, and ionising. Their intensity depends on the activity of the sun, and the acceleration speed of these particles.
They appear as dancing lights high in the sky and vary in colour, usually being green, but occasionally also purple, red, pink, orange and blue. Their colours depend on the elements being ionised.

Solar activity is not regular, however; even if it is a dark, clear night, there could be absolutely no chance of seeing the auroras, no matter how far north you are. It also means that on a midsummer day, the sky could be alive with Northern Lights; they are simply obscured by the brightness of the sun.

Due to the nature of the earth’s magnetic field, the auroras only appear at the poles, usually above the 60° latitude mark in the north, and below the 60° latitude in the south (these ‘Southern Lights’ are called the aurora australis). Iceland, which sits at the latitude of approximately 64° north, is therefore ideally located to spot them.
Before science could explain what these dancing lights were, there were many theories, throughout many different cultures. The old Norse, for example, theorised that they could be the glinting of the armour of the Valkyries, the legendary female figures who chose who would live and die in battle and took the dead to the afterlife.

Certain Native American groups reportedly believed they represented the spirits of the dead; the brighter they shined, the happier the dead were said to be.
The auroras have also been considered omens. After Christianisation in Medieval Europe, they were often seen as a warning for dark times ahead.
Confederates who saw them in the sky at the Battle of Fredericksburg, meanwhile, believed that they were a positive omen; while they would brutally win this fight, however, the positive effects of the aurora on their war efforts would not last long.

What are the Optimal Conditions for Hunting the Northern Lights in Iceland?

To witness the aurora borealis in all their glory in Iceland requires patience, luck, and the following conditions to be met:
You must be looking between September to April (while they can occasionally be seen towards the end of August, the lingering sunlight makes them very faint)
The night must be as dark as possible (a fuller moon, for example, will dim the aurora)
There should be as little unnatural light as possible
There should be as little cloud cover as possible
There must be enough solar activity
These last two conditions can be researched prior to looking for the lights, by referencing the aurora forecast and cloud cover forecast. However, it is impossible to know more than a few days in advance what the forecast will be. The aurora forecast is measured on a scale of 0-9, which anything above a 2 usually being promising. 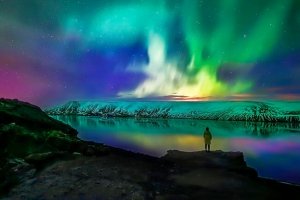 Contrary to popular belief, the coldness of the temperature has no impact on whether or not the aurora borealis show. In fact, you are likely to have a better experience the warmer it is, as you will be able to marvel in comfort for longer.
Even if all of the conditions above seem perfect, nature can be fickle, and they still may not show. It is, therefore, a simple truth that the longer you stay in Iceland, the likelier it is that you will see them. If you’re coming for just a couple of days, then you’re limiting your chances of a clear sky and an active aurora. Keep this in mind while booking your trip.

Another possible way to ensure that you have the best chance to catch the auroras is to travel to the Westfjords or north Iceland. These areas have longer hours of darkness, and thus provide more opportunities to see the aurora borealis. In Reykjavík, at the winter equinox, you will have about twenty hours of darkness, while in the northernmost regions, it is closer to twenty-two. North Iceland, particularly to the east, also tends to have clearer weather than the south-east.

If travelling in September or April, you could opt to camp in Iceland, and of course, sleeping beneath a canopy of stars vastly increases your chance of seeing the lights. As many campsites are rural, the light pollution in these places will often be minimal.

Of course, there is a slight chance that even if you take every opportunity, you still might not see them. That being said, there is also a chance you will see the Northern Lights on the plane over to Iceland, or on the drive from Keflavík airport; like is said above, luck is always a factor where nature is concerned, particularly when it comes to catching the aurora borealis.

To get the best opportunity to see the Northern Lights in Iceland, you have four options. The first is to hunt for them without leaving the town you are staying in; the second is the take a guided tour out into nature; the third is to drive out and search yourself; and finally, you could take a boat cruise.
Each of these options has its advantages and disadvantages, so continue reading to see which will best suit you on your vacation.
Hunting the Northern Lights in Reykjavik

If your budget is a concern, and the idea of renting a car to see the Northern Lights or booking a tour seems too extravagant, you can always hope to catch the auroras from the city or town you are staying in.
The best way in which to see them is to find the darkest place possible and wait until your eyes have adjusted. Reykjavík, for example, is quite a spread-out city with many parks, thus there are a fair few places to do this.
Perhaps the best spot is by Grótta lighthouse, on the Seltjarnarnes Peninsula in the north-westernmost point of the capital. There is very little light-pollution along this stretch, meaning that, on clear nights with a good forecast, you have a great shot at spotting them. There is also a little geothermal tub, which you can warm your feet up in while waiting for them to show. 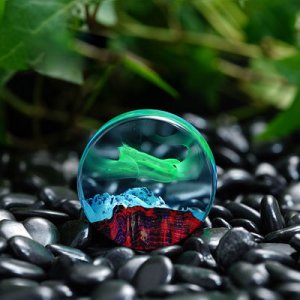 Öskjuhlíð is another great place to aurora hunt from. The forest, which surrounds the popular restaurant and landmark Perlan, is very dark, so observing from one of its clearings often achieves great results. Otherwise, watching from one of the city’s parks, such as Klambratún or the larger Laugardalur Park, is also an option.
In settlements outside of Reykjavík, there is usually a lot less light pollution, making this easier. The main exception to this is Akureyri, where you may need to get to the outskirts of the town to find a dark enough vantage point.

Unfortunately, seeking the aurora borealis from urban areas has several distinct disadvantages. Firstly, there will always be more light pollution in towns and cities than in the untouched landscapes of Iceland’s nature. Secondly, you lack mobility, so if there is a little cloud cover blocking the best of the auroras, you will not be able to move around it for an optimal viewing experience.

It should be noted that when the auroras are very strong, you may be able to see them from urban areas even with light pollution, such from a beer garden, your hotel, or just the street. Even if they are quite distinct, they will be much more intense the darker your surroundings.

Hunting the Northern Lights on a Guided Tour in Iceland 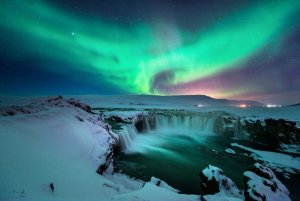 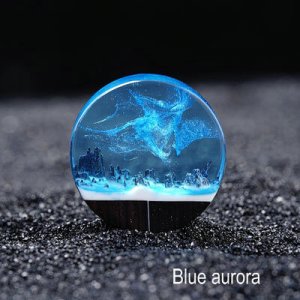 The most common way to hunt for the aurora borealis is by taking a guided tour into nature. These tours run regularly from September to April whenever the lights are expected, and if they are cancelled or unsuccessful, you will get another opportunity to see them for free.

The advantages of such a tour are manyfold. You will be under the care of an expert on the Northern Lights, where to find them, and how to photograph them; you will be mobile enough to move to where the forecast is strongest and cloud cover is at its minimal, and you won’t need to worry about driving yourself in Iceland’s winter conditions.
Of course, such tours may also expose you to landscapes you may not otherwise see.

Those on a budget will appreciate reasonably cheap bus tours, which take you to the most promising locations without breaking the bank. You can book such tours from Reykjavík, Akureyri and East Iceland.
Those less worried about the cost—or just very eager for a more personal, immersive experience—can elect to take a super-jeep tour from Reykjavík. On such an excursion, you will have a much smaller group, meaning you have more opportunities to speak with your guide and fewer people crowding around you when you are watching the lights.
You will also have the ability to reach places larger buses can’t for the most remote viewing locations, by travelling over rivers and down bumpy trails.

It is possible to combine a guided northern lights tour with other excursions, such as sightseeing around the Golden Circle, or a cultural experience, like a lobster dinner.
There are a few disadvantages to taking a guided tour of Icelandic nature to see the lights. Perhaps the only reasons, outside of the budget, to elect another option is if you would prefer the uniqueness of watching the auroras from the surface of the ocean, or if you feel confident to drive out to them yourself. 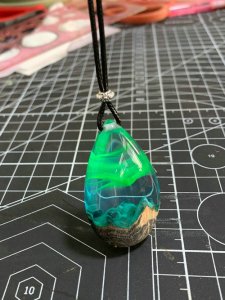 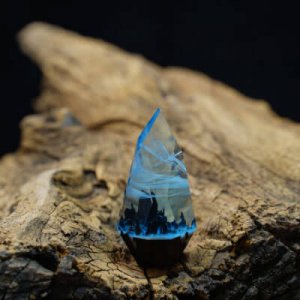 Want to join the discussion?
Feel free to contribute!

Rose Succulents — They Look Like Out Of A Fairytale